According to international energy experts, solar thermal technology could replace almost a sixth of the world’s low-temperature heating use by 2050.

“The IEA’s Solar Heating and Cooling Roadmap confirm the great opportunity that lies in using solar thermal to replace fossil fuels and electricity,” says Werner Weiss, chairman of the IEA Solar Heating and Cooling Programme, which provided important expertise to the roadmap. “It rightly identifies reliable long-term framework conditions as the key challenge for the coming years. And, it does not overlook the role of non-economic factors that currently hinder an even quicker adoption of solar thermal energy technologies.” 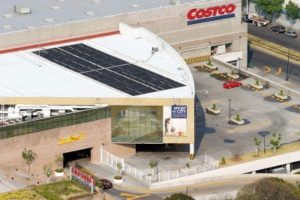 “We can and must change our current path, but this will take an energy revolution and low-carbon energy technologies will have a crucial role to play,” says van der Hoeven.

Among solar thermal applications, hot water production and space heating are the most important. By 2050, 213 Million Tons of Oil Equivalent (MTOE) could be covered by solar energy, the IEA finds. The nascent market for solar heat for industrial processes could be the second largest with 171 MTOE in 2050. Solar swimming pool heating and solar cooling could provide another 45 MTOE.

The IEA says it is calling on all stakeholders to work toward realizing the vision outlined in the roadmap, with a specific call for governments to take a lead role in creating a favorable investment climate by creating a stable, long-term policy framework for solar heating and cooling.

Sudden changes in available financial support have proven detrimental to the development of a healthy solar thermal industry in many countries. Therefore, the IEA concludes, economic incentive schemes should be independent of state budgets to avoid “stop-and-go.”

However, support policies should not only focus on economic aspects, the IEA says. In many regions of the world, solar thermal is already cost-competitive with conventional technologies, but barriers, such as higher upfront investment and lack of trained installers keep people from choosing solar heating and cooling.

According to the IEA, more research and development could jump-start the adoption of solar heating and cooling solutions in emerging areas, such as heat for industrial processes and cooling.

Governments should provide the necessary R&D funds to support these developments, the organization says.

“We can only underline the importance of research, demonstration and development,” says IEA SHC chairman Weiss. “Our program provides a very successful framework for international cooperation in the research on solar thermal and solar buildings. By working together, governments can help achieve our even more ambitious goal: to supply, by 2030, 50 percent of the low-temperature heat demand with solar energy.”

A leak in your solar pool system is no small matter. It requires immediate attention to ensure you aren’t losing too much water from...
Read Article
Have you ever wondered how solar pool heater installation works? Maybe you’ve even considered doing a DIY solar pool heater? At UMA Solar, we...
Read Article
UMA Solar Pool Collectors can keep your pool at a comfortable temperature and extend your swimming season by utilizing the warmth of the sun!...
Read Article
Factors to Consider when Choosing a Solar Pool Heating System Solar energy is becoming an increasingly common choice for homeowners who wish to save...
Read Article

Start saving now! Take the first step to learn more about solar pool heaters and how they work.